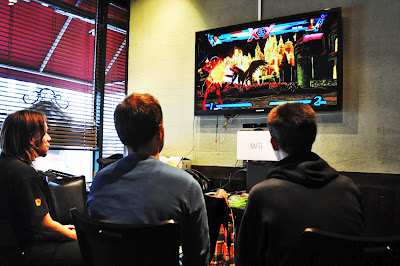 Report: Minna Eloranta
Score's autumn kicked off with a game night at Bar K on Tuesday where video and board games merged together in a relaxing atmosphere. Rewards were awarded for the winners in Soul Calibur (Xbox360) and Trivial Pursuit (Games to be changed each gaming night!) 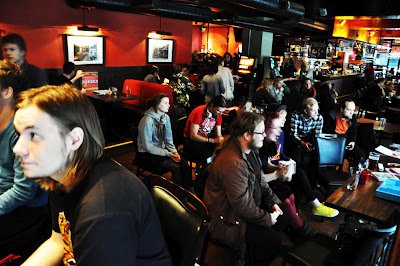 The whole event went smoothly and people from numerous different study programs attended the event: Media, Film & TV, Music, Business Information Systems, and the list goes on! So in addition to having a fun night, it's also a great opportunity to network.

If you missed the gaming night this time: Don't worry! Score will be organizing them regularly during the autumn and spring semester.

In addition to gaming nights, look forward to game jams, LAN parties and of course the weekly game development sessions at TTVO. 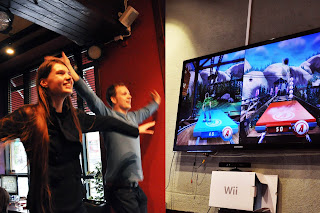 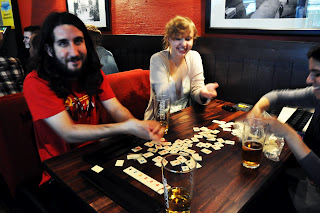 Minna is student of our international Degree Programme in Media
Read more about the IMPs, the Media students
Read more about Score, the game development club|||
Score is a student club for people interested in video game development.
The club mainly operates at Tampere University of Applied Sciences (TAMK) and it is the first Finnish student club of IGDA, the International Game Developers' Association.
Score on Facebook|||