The adventures of Leeuwarden: Part II

It is Thursday and more than the half of the time in Leeuwarden is over. It is scary how fast the time is running. Out of the daily life of Tampere we can truly say that this trip and the experiences we have in here are just overwhelming. The kindness we get from the Dutch participants of the project is just amazing and made us quite fast forget the turbulent start of our time in Leeuwarden. After the first shy baby steps of getting to know each other we are now at this point that we feel more like a little creative family. This vibe is bringing so much productivity, intensity and inspiration to the daily work that the results are more than great.
Day by day the students not only learn from each other but also about themselves, their proficiency and their limits. It is a growing process which makes the Finnish-Dutch songwriting collaboration already now to something really special.


Monday started quite rough for the Finnish students. The lack of sleep made the assignment to write a pop song within a few hours to a real big challenge. Until the late evening the different Dutch-Finnish couples worked hard to write some catchy song. Alumnus Freek, who is also the alumni coordinator from the Dutch side, gave a great input as well to support all of the students in their first assignment. The result turned out pretty good however the circumstances at this day have been.
The second day went – despite still missing luggage - a bit more smoother. Alumnus Jeroen made a students with the topic “Alternative" really happy. Full of vim and vigor the students created five great pieces of music. Even if these compositions are still raw sketches, many of them are on a good way to become something really special.
One of the most exciting days of the week was the EDM day (and because the luggage FINALLY got back!!). Most of the students never worked with this music genre before, so it seemed to be a huge challenge. But even if a few of them were a little bit afraid of the assignment, they got great support from Watse De Jong, a Popacademie alumnus who started with producing his own music in his teenager years, worked in the famous record label “Spinnin’ records” and concentrates nowadays on the management side of the business.
While the students were working on their songs, I was able to have a short interview with him.

!!! INTERVIEW WILL BE UPDATED IN HERE AS SOON AS I HAVE THE PERMISSION OF WATSE !!! 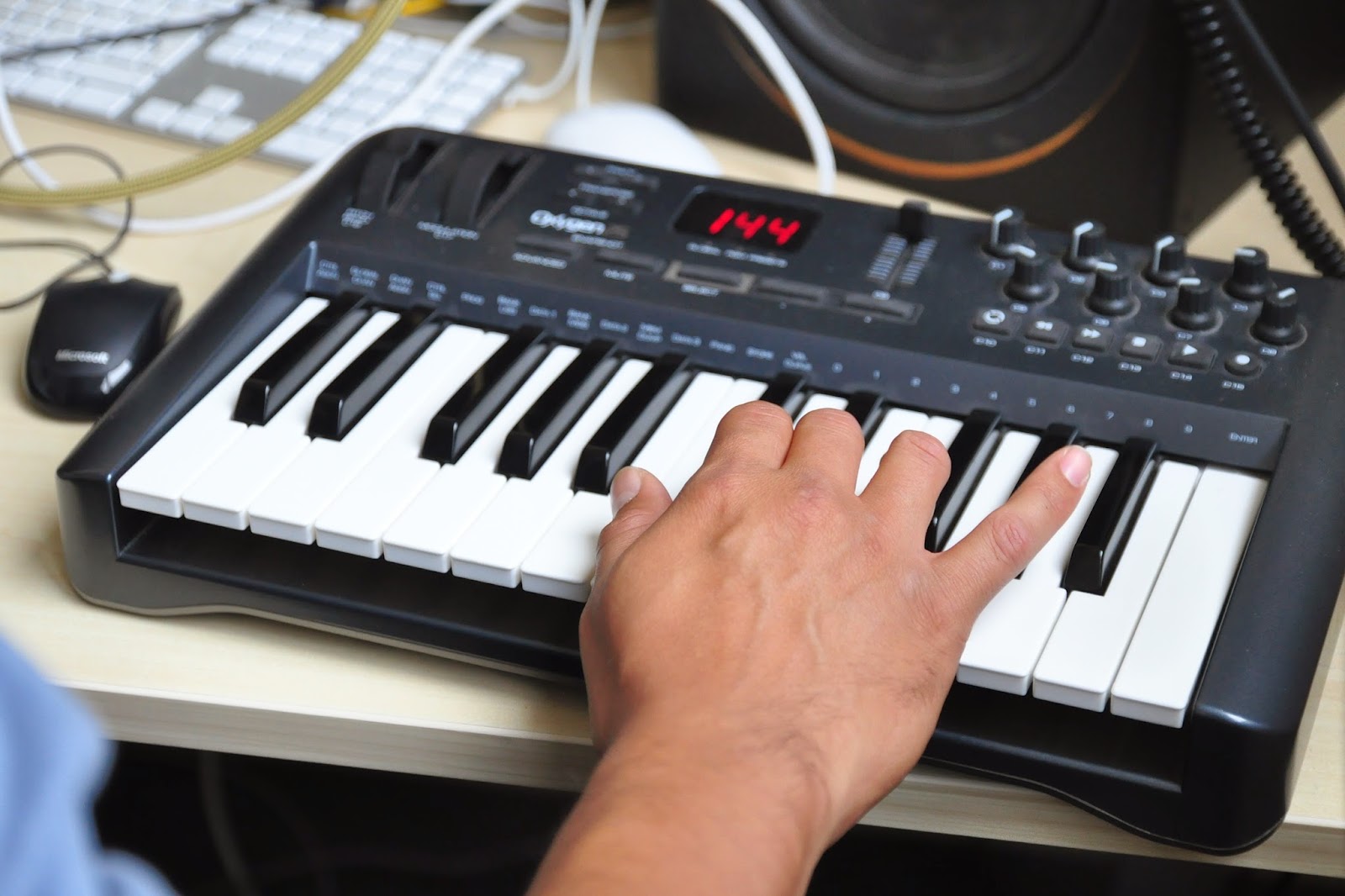 Now we are having the 4th day of the workshop and the creative process is in a perfect flow. The depressing weather outside gives the perfect inspiration for today’s topic ballad and the curiosity of the end results is growing fast. Let’s see where our Leeuwarden adventures still takes us.

To be continued …
Posted by Carolin Buettner

The Adventures of Leeuwarden: Part I

It was meant to be an adventure. But that the adventure will have a turbulent start like THIS was something which probably no one of the five Music Production students was expecting.


Sunday noon: some of the second year music students are together with teacher Janne Tauriainen on the way to Leeuwarden. Leeuwarden is a small town right in the heart of the Netherlands and the home of the Academie voor Popcultuur. Five of our TAMK music students got an invitation to visit the university and collaborate with five Dutch students in a co-songwriting week. The idea about the project is to create at least 25 songs which will might be produced and published afterwards.
To make out of this idea a more than thrilling matter the teachers from both universities decided to choose students from different backgrounds of music. Rap, pop or singer/songwriter are just some of the genres the participants coming from.
Each day of the songwriting week one Finnish student will match together with one Dutch student to create a song for a specific theme. The range of topics will cover at the end of the week pop, alternative, EDM, ballad and “There is no i in Team”. To get a good support, the Dutch teachers decided to bring also five alumnis on board who will help the students while they are working on the songs.

Right now we are really sitting in the Popacademie and writing pop songs – something which non of the Finnish participants actually expected on Sunday evening. Because this one became big, big Black Sunday:
After arriving in Helsinki airport we got the news that our flight to Stockholm got actually cancelled. Rescheduled we found ourselves waiting in Helsinki airport for a few hours, waiting for the boarding to Copenhagen first and afterwards to Amsterdam. Even if we were quite tight in the schedule we were able to make it to Leeuwarden – at least we thought so. The Black Sunday kept running.
Landed to Amsterdam airport we just figured out that at least more than half of the luggage got lost. Not nice, especially for the students who mostly got gear in their bags. After getting a tiny little survival kid from the airport (including monster XL-shirt, teeth brush, vaseline (?) or deodorant), we missed the train to Leeuwarden. Which is not that bad if it would have NOT been the last train at the evening.
After the helpless tries to find any way to get there in the night, we were forced to stay in the airport, waiting for the first train to Leeuwarden at 05.37am. That was the point where the actual adventure became unforgettable.
The “Hello Goodbye Bar” was the perfect place for the loooooong wait. Deeper explanations might not be needed. In between some of us made some more or less interesting friends. If it was the nice taxi driver with the great humor, the strange Burger King worker, the nice train ticket seller who was making hardly fun about us going to Leeuwarden or the Greece chick who was more than excited when she heard the name “Lordi”. Highlights which will none of us forget that soon. After having a few naps on the airport floor and few more beers in the “Hello Goodbye Bar”, we were finally ready to go to Leeuwarden.

It was 9.30 am when we were sitting at the breakfast table reflecting the last 24 hours. The bags are still missing (but hopefully already on their way), few hours of sleep got caught up and the music boogie is already in the creative running. More adventures will happen in these days but one is for sure: it cannot get worser! It can only get better and that’s for sure! 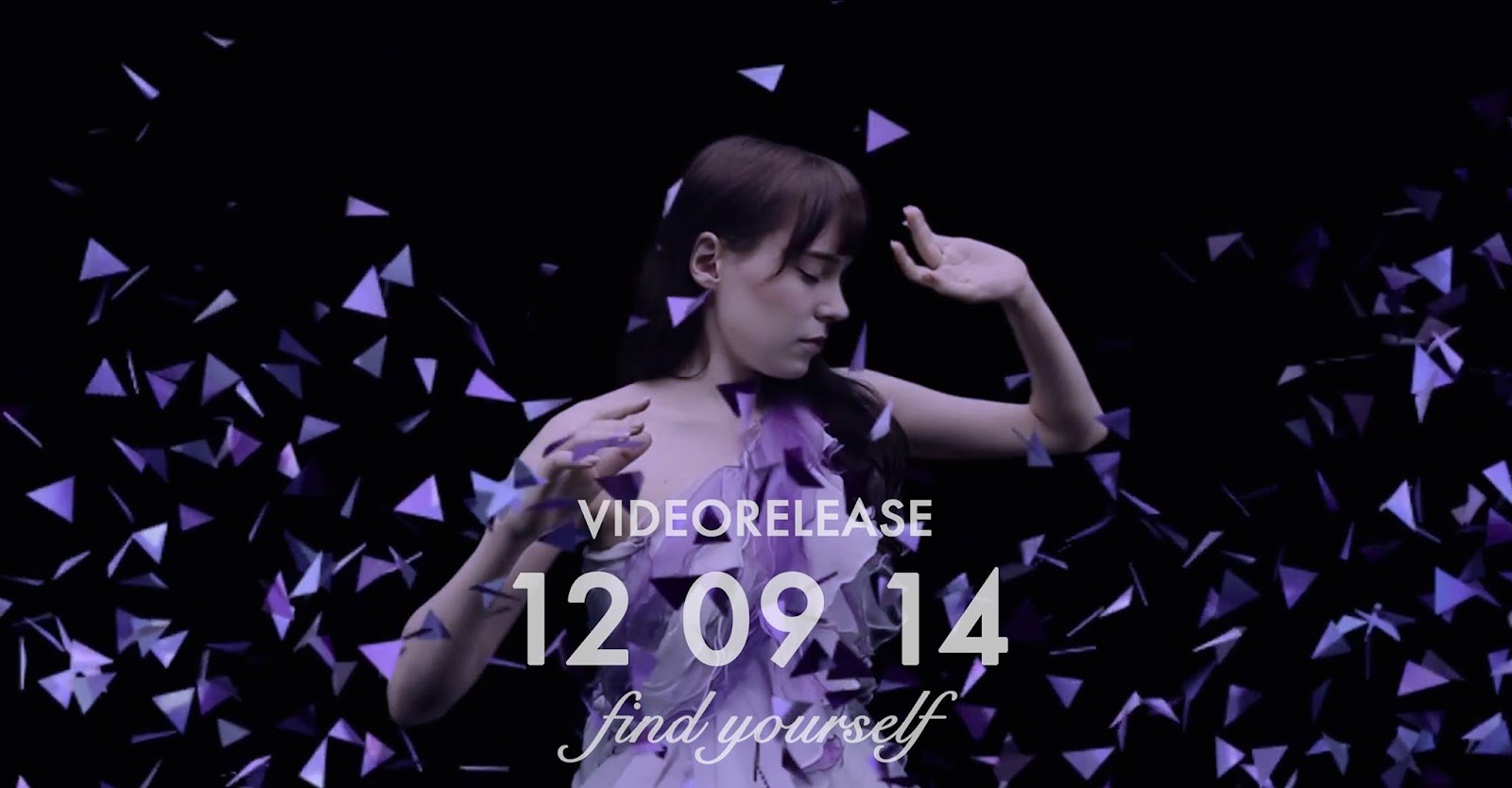 INSPIRATION
Being interested in Motion graphics and Music video production, we decided to create a project that would allow us to work with special effects, including “Trapcode Suite”, a set of Plug-ins for After Effects that can create really interesting graphics and which is used in Tv and in many movies such as Sin City, Angels and demons, Spiderman 3 and more.
We thought it would be a great opportunity to learn this plug-in and develop our basic knowledge in After Effects.
US
The project started on November 2013 by Iina Kuula, Yulia Pak, Oona Seppänen and Sindy Giraldo.

MUSIC CONTEST ONLINE
The first step was to find an artist that would be interested to get a free music video. We set up a Facebook page where we gave the possibility for interested artists to submit their songs. In the end we got about 40 songs, from which we chose a german artist called “Vivant”.
PRE-PRODUCTION
After getting the song, we started to brainstorm and work on the concept, having online meetings with the artist and manager and scheduling the process.
After having a basic idea of the concept, we decided to search for a dancer, make up artist and fashion designer. We got an amazing help from Alessandra Bernard (13Media) being the dancer and helping us with make-up and hair. The dress was designed by Tara Kari who created it in really short time.

All shootings were filmed in 3-4 days in our schools studio using green screen background to allow us to work better in post production with the special effects. Setting the light was one of the main things to get the best result for keying. We got inspiration by Akira Seppänen’s lighting technique.
The next steps were the hardest ones.

We spent days selecting the right clips and we started to learn the best ways of keying and cutting. Next step was to share the script between us four and work on montage, compositing  and Trapcode. It was really challenging to learn trapcode in such a short timeline but all of us ended up doing great things with it. 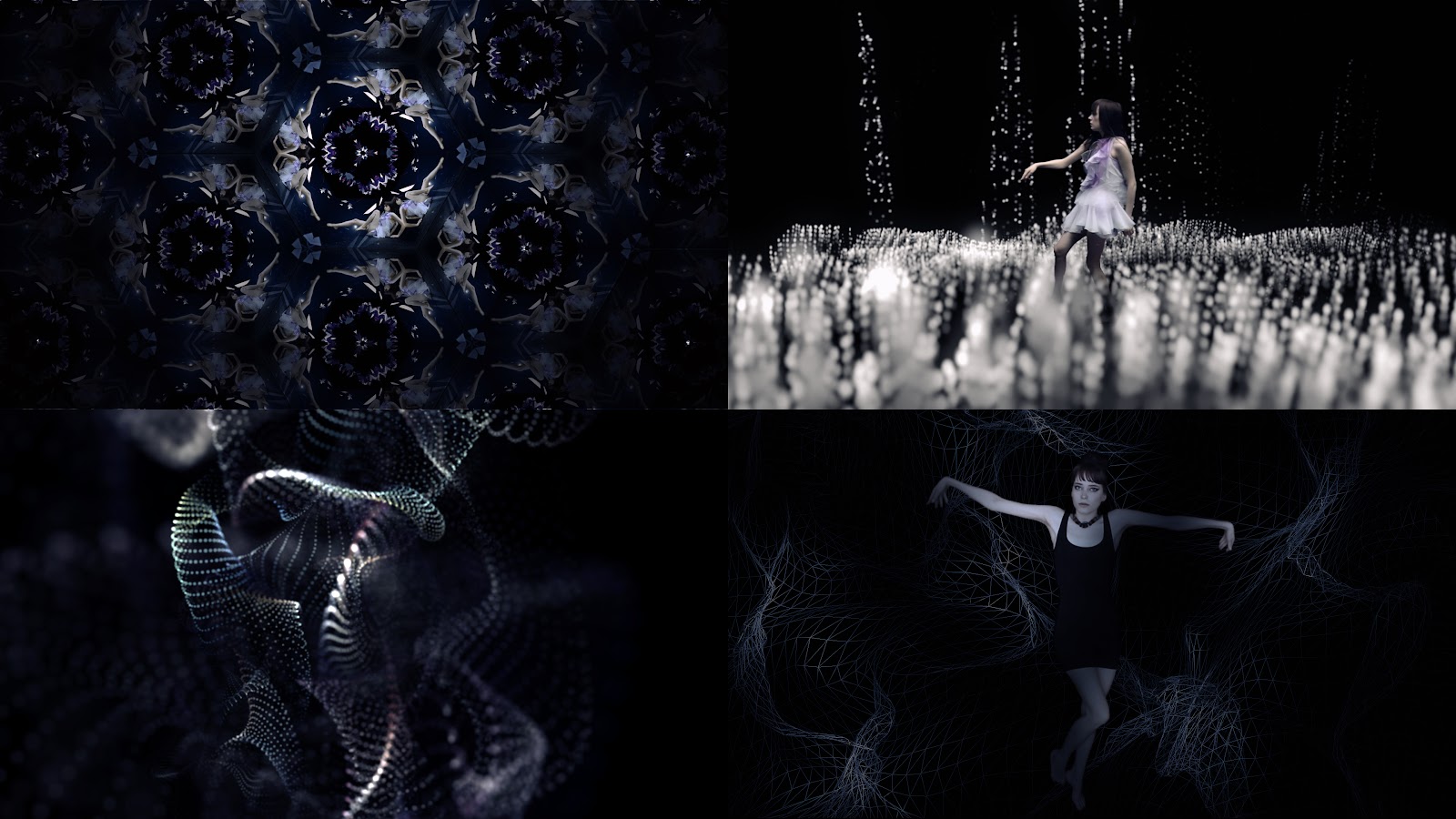 Unfortunately we had only one computer that had Trapcode plug-in installed. So we spent around 1 and half week sleeping in school´s basement, taking shifts to use Trapcode computer and work.  It was pretty intense and problems came up really easily, but we managed to make it work.
After having all the clips rendered, putting them together and color correcting them was the next step.
The final product was delivered in the end of August and it was a relief to get positive feedback from the artist and manager.

The project took around 10 months to complete. We are pretty satisfied with the result but overall we are glad to have learned so much and to be able to say :”we have done a music video bi***es” .
We hope to have the opportunity to work on some other music video one day. Particular creates groups of particles and we used them in snake scene and projection.
Form is able to follow a 3d shape and work on his surface creating particles and more. We used it in wall part, projection, kaleidoscope.
Soundkey is used to make whatever shape react to music.

Lux is a simulator of light that gives so much more options then default lights in After effects.

The main goal, learning outcome of the course was to help the students to acquire the insight and skills needed to apply a specific Media Techniques subject.

This course was mainly about video codecs and formats, export and import of video files and working with Adobe Premiere software. There were two days of contact teaching and three days of independent working with assignments.

I must say, it was one week well spent. Thank you!
Posted by Unknown