Fine Art Students Are in da House – in the Palander House 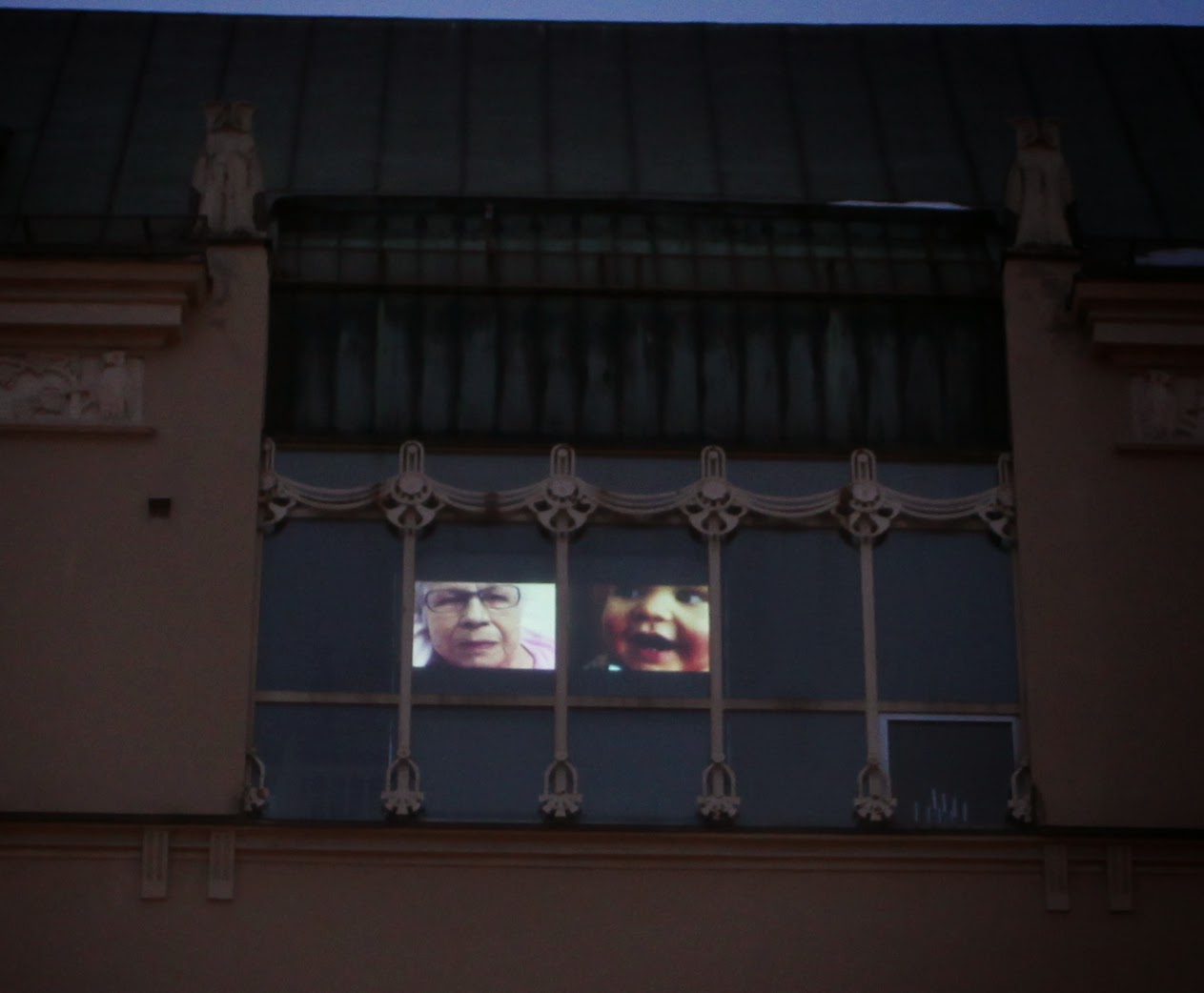 12.2. – 2.3.2015 after the sunset
Address: Palanderin talo, window, the 5th floor, Keskustori 7, Tampere
At Keskustori market place in the very center of Tampere there is a house called Palanderin talo, at the 5th floor big window the video projections of the Fine Art Students of TAMK emerge after the sunset. The four videos made as team works show people as close-up shots in their everyday life.
Face  is a video about the beauty of the faces of people in different ages in different situations. Seen as next to each other people seem to be in a relation with each other but both in their own world.
Team: Konsta Koivisto, Isa Hedez, Jade Vesto
Untitled is a video about painting. Pink paint  spreads slowly over the screen. It points out that behind the window where the video is shown used to be an artist’s studio.
Team: Nicoló Arnoldi, Isa Hedez, Riina Haapakallio
After watching the video called Click you can never relax in front of your computer anymore. It shows what the hackers might see if they spy us trough web-cameras.
Team: Tommi Viljamaa, Mikael Seidler, Juuso Kuivila, Anastassia Bogdanova
Tuijotuskilpailu / Stareing Competition encages the viewer soon into competing who has got the real poker face. It is hard not to join when somebody breaks in to laughter. The team challenges people of Tampere to laugh more in public places.
Team: Lavinia Colzani, Nadia Karukoski, Veera Nelimarkka, Anniina Pasanen,Alexandra Mitiku, Julia Matinniemi

Kiirarock ready to fire up the dark Finnish winter

How many people applied for TAMK Art, Music and Media?

There was a marketing campaign for getting the word out for people to apply for out Degree programmes for Media and Arts (and yes, Fine Art's still alive and kicking, although it has changed its form a bit), and now we have got the results for how many applied AND did the pre-tasks:

The teachers are now busy with looking at all the applications and putting them in some order, and in April 2015, the entrance exams will take place for those applicants who got an invitation. Good luck for everybody! As Cai Melakoski once said, we would gladly take all applicants, but we have limited financial resources - so some sorting needs to be done.

A very warm thank-you for Caroline Büttner and Noora Honkaniemi, who did most of the work for our publicity campaign, and thank you to Sami Lindfors for the great videos!


On Tuesday 3rd of February, our Media students got to see and visit the brand-new Mediapolis motion capture studio. Most of the students this time were first-years and exchange students attending the Game Design minor, and everyone was listening intently to Mikko Karsisto, who will be one of the people in the new company managing the studio. 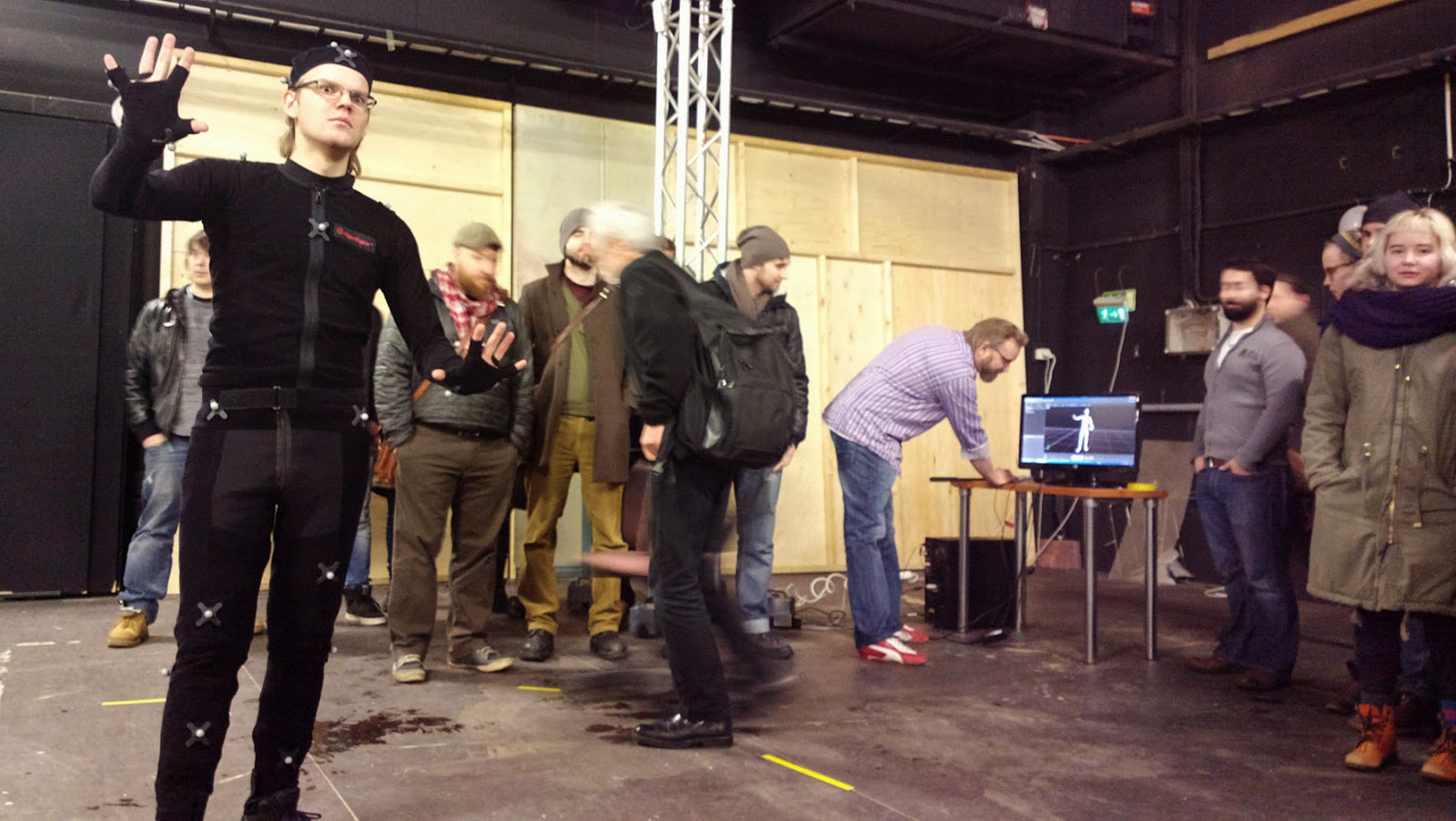 Teppo Nieminen of the Interactive Media students was brave enough to don up the mocap suit.


There will be a five-day workshop available in April 2015 for students who want to learn more about motion capture, taught most probably by Mikko Karsisto. So stay tuned for more info on this, if you got interested! 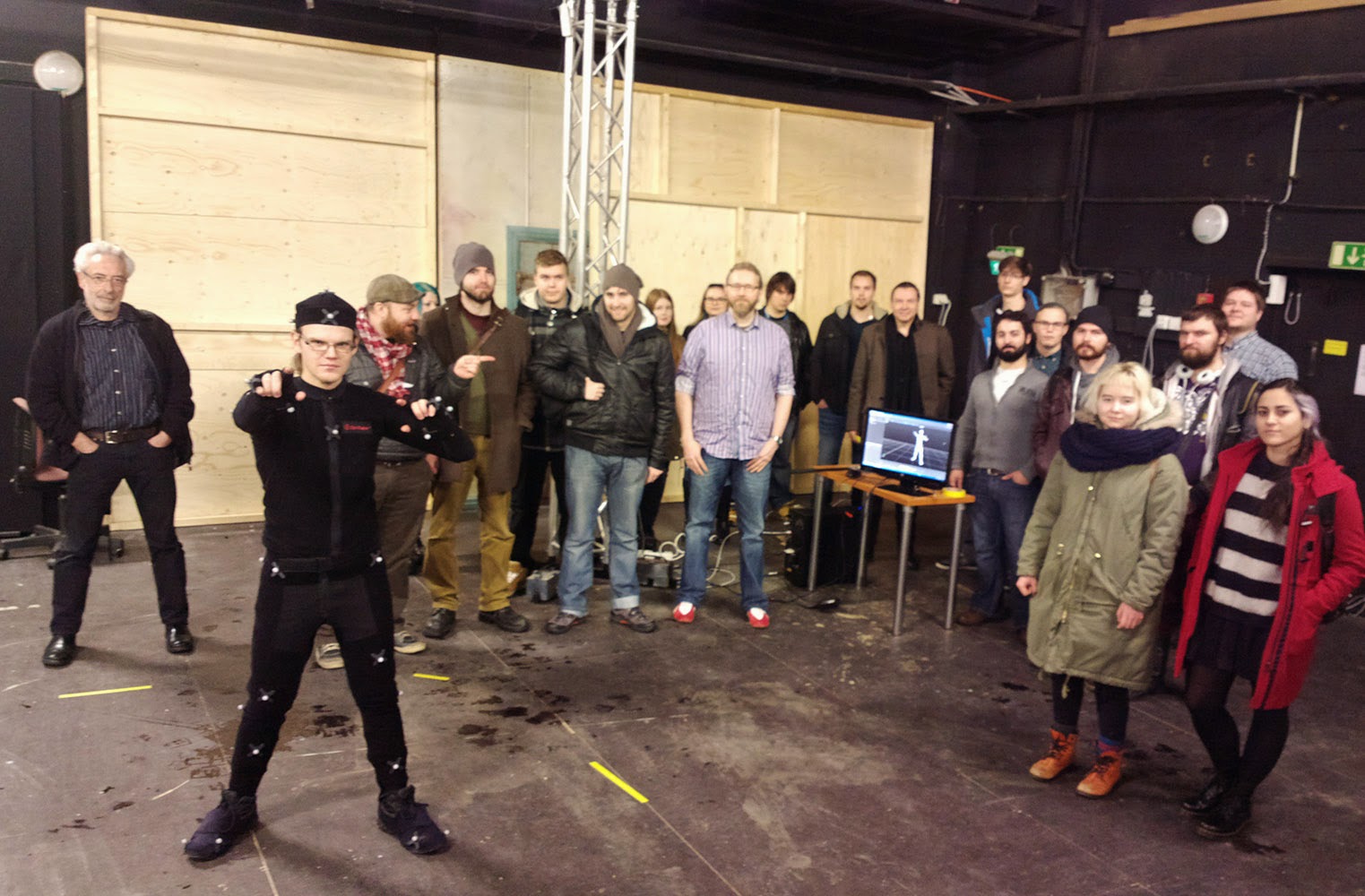