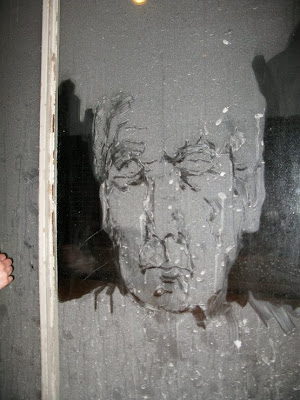 Over centuries dust have arrived to cities with the spring migration of birds.

Dust have become the largest species in towns, and builds every spring incredible huge communities almost on every surface.

Dust is a well known disadvantage to city dwellers and especially allergic persons suffer from the vast prevalence of this brand.

This spring a group of artists decided to make something virtuous of this epidemic. 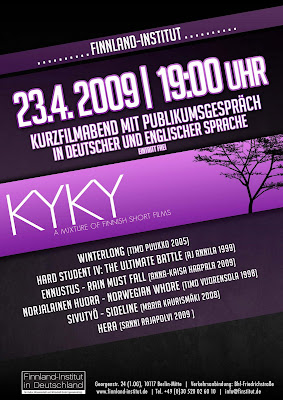 KYKY, a brand new short film event was held in the Finnish Institute in Berlin, Germany. A group of students from TAMK UAS School of Art and Media and Jyväskylä University of Applied Sciences organized an evening that included six finnish short films and a panel discussion with two directors, AJ Annila and Maria Kaurismäki. Pekka Ollula, who is studying producing and creative thinking, and sound designer/composer Miro Laiho a.k.a. Michael Law joined the discussion about the films that were shown, culture export and finnish short films in general.

'Go Green' examines the future of green business and research; in addition to introducing ways to get involved in green actions both locally and globally. 'Go Green' presents lectures and challenging films to spark dialog. 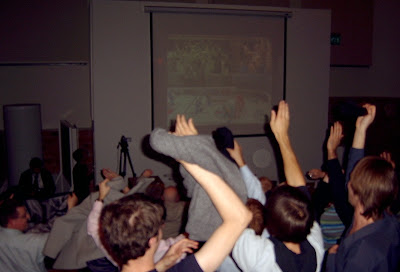 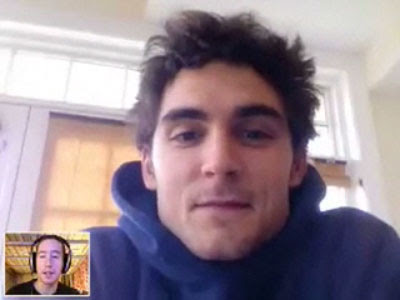 Ethical consumption is very interesting but insanely difficult field. Customers want to buy greener and socially more sustainable products, but don't know which one to buy. Many innovative online projects provide ethical information, even ethical online shops, but none of them seem to really attract the consumers. Yet. 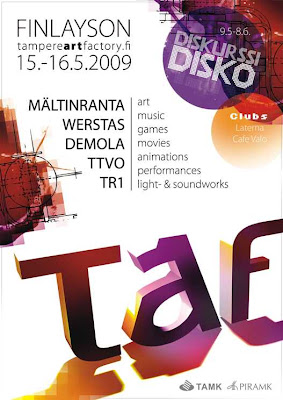 The second edition of Tampere Art Factory (TAF) is taking shape. You can already find the basic programme information at TAF website, and shortly there will be loads of more. 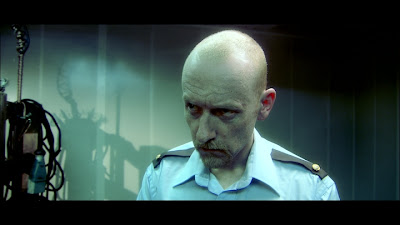 MA in Screenwriting is a joint masters programme arranged by University of Salford (Manchester, UK) and TAMK University of Applied Sciences (Tampere, Finland). 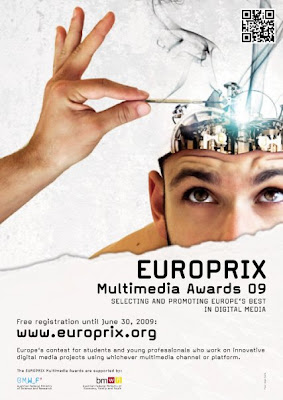 Feeling the Credit Crunch? Tired of paying off that student loan with measly freelance pay-checks? Think you were born for bigger and better things? Help is at hand! The EUROPRIX Multimedia Awards, Europe's biggest competition for young digital-media creators, is open - with the aim of addressing the financial crisis with creativity and innovation.

Two teams from Game Development Club Score have advanced to the second round of Microsoft Imagine Cup Competition! Thousands of competition entries were submitted from all around the globe to the competition, but only 150 teams continued to fight for the grand prize. Teams have now two months time to finish and polish their games before the second deadline in May. We wish great success for the Score teams and hope to see them in the finals in Egypt in July! 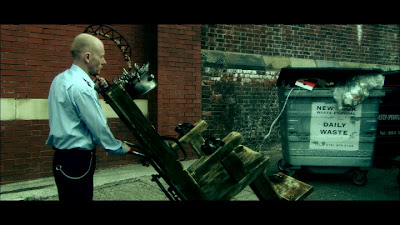 "The Electrician tells the story of Marvin, an executioner in charge of an electric chair. After becoming unemployed when the government prohibits executions, and with his profession now illegal, Martin struggles to find a new way to use his unusual skill - showing no emotion at people's deaths."