The idea of Kiirarock started already back in 2012. With the vision of putting together a brand new rock event in Tampere, students of the Tampere University of Applied Sciences created an exclusive concept for Kiirarock. All parts of the event like the production, graphic and video design as well as the promotion were covered by motivated students specialized in the different media fields.

Even if Kiirarock seems to be just a regular event, it is not! The team behind Kiirarock is young, enthusiastic and international. With zippy multi-cultural working styles, professional skills and the love for music, the students developed an event which turns more and more from a school project to an independent happening. After the success of the first edition in April 2014, Kiirarock 2015 was ready to step things up.


This year’s Kiirarock offered not only an artistically strong Line Up but also a promising great evening in a cozy surrounding. With I/O, Kiirarock braught a newcomer Progressive Metal band from Tampere on stage to watch out for. New Deadline are already experienced in thrilling the listener with their amazing confusion of Post-Hardcore and melancholy. At Kiirarock they presented their new record “Remember” while Idiomatic fascinated with deep melodies and catchy rhythms.
This year’s Kiirarock was a huge success as we were SOLD OUT! More than 100 people came to see the event. The hard work of the last months totally paid off and after this amazing result we are more than thrilled to continue working on it.
But before we focus on the future of Kiirarock, we would like to thank a few people:
Thank you to all the people who showed up to see the show.
Thank you to our amazing bands Idiomatic, New Deadline and I/O.
Thank you to our partners and sponsors Dreamhostel, Mediaosuuskunta MusicActive, TAMK, Juvenes and Dog’s Home.
Thank you to the local press of Tamperelainen, Aamulehti Meno Mini, Radio City, Tampere LE Cool, Mansen Mujat for the great support!
Thank you to all the people who believed in us and supported us in every single minute!

Enjoy the aftermovie by clicking the picture and see you next year at Kiirarock 2016!

Only a couple of weeks before the conference, our team of Stardust Galaxy Warriors received a letter from the organizers. We were invited to represent and showcase our game (in its current state) during the Casual Connect 2015 conference in the "Indie Prize Europe 2015" section. The offer extended to all seminars, networking events, meals and programs for two people from our team. The three-day event took place in the center of Amsterdam at the iconic building of Beurs Van Berlage between the 3rd and 6th of February 2015. 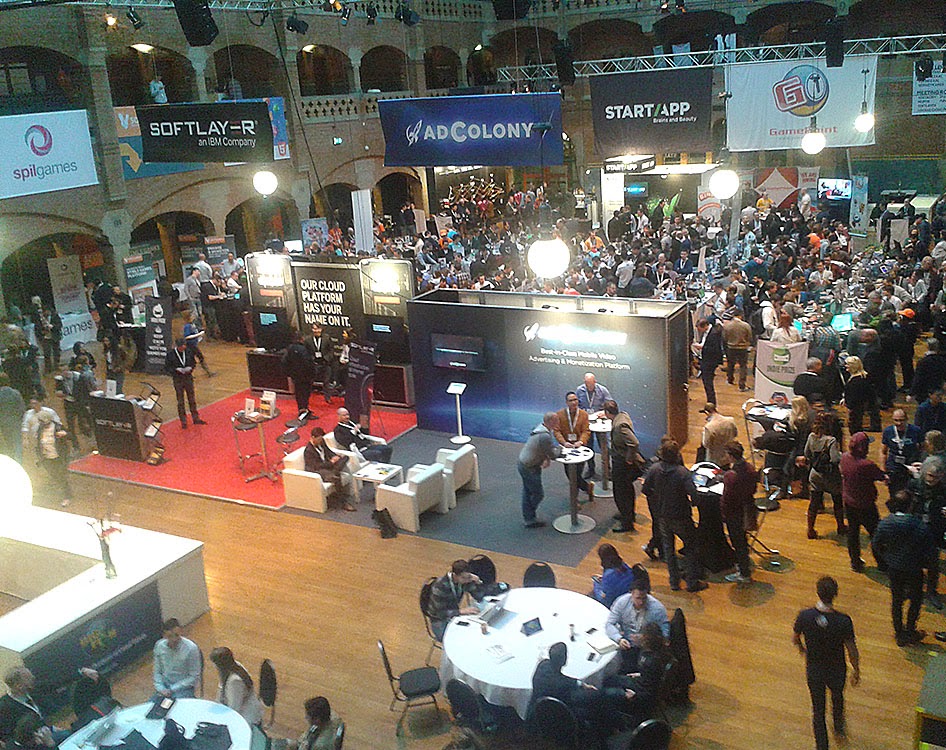 Petteri and me made a quick decision, booked the flights and eventually started to prepare for the event. Thanks to the big effort from everyone in our team, we had quite some cool stuff with us as we arrived in Amsterdam. We had our "CC special" t-shirts, some badass stickers and flyers to hand out and even our first character-reveal trailer got rendered in the last minute. Most importantly though we had a playable build with four controllers ready for some play testing. 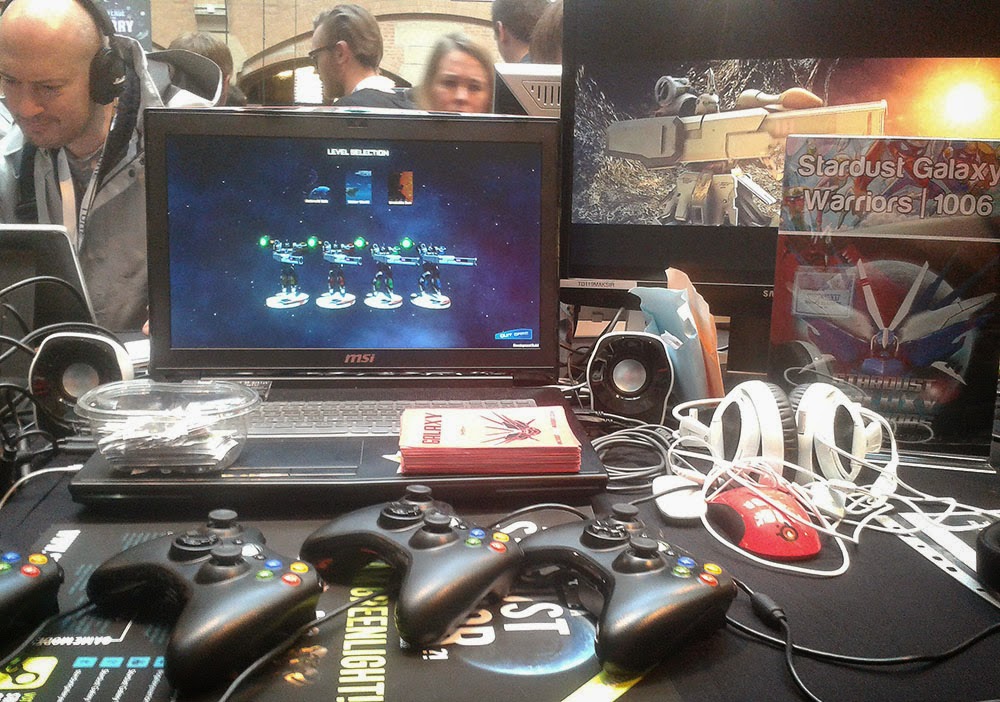 The table spots were not all random, we were naturally proudly part of the "Finnish cluster" and as such we made good friends with the cool guys and fellow devs behind the games like: Pako, Ancestory and the Masterplan, just to mention a few. 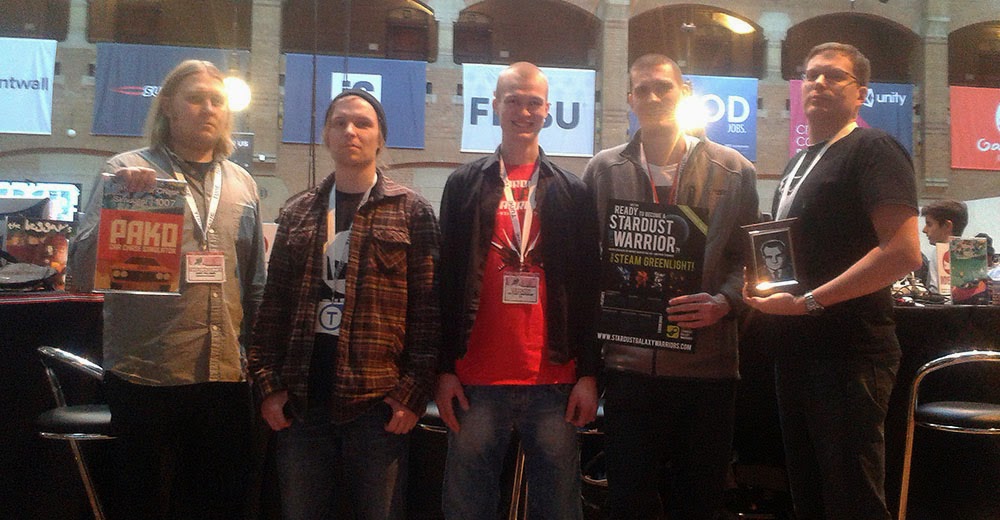 We had three long days of introducing ourselves, explaining our visions to various visitors at our stand and making folks play our game all the time. Countless people were passing by at our stand, from game enthusiasts, through publishers and investors, to fellow developers. We never knew who is going to come by next. At times, judges would show up to test the game and get to know our concepts and the team. In this huge whirl of crowd we have received everything from harsh critique, loving and nostalgic support to valuable and potential contacts from all around the world.
The days were also packed with programs, speeches and seminars. These sessions were held by experienced professionals or even young and successful Start-ups who had something to share with us. The presentations were categorized into couple of interesting main themes like: Next-Gen Design & Research, Development & Production, Advertising, Monetization & Retention, Industry Insights and many more. We were obviously more or less pinned to our spot but even like that, we managed to get into some of the more interesting presentations. 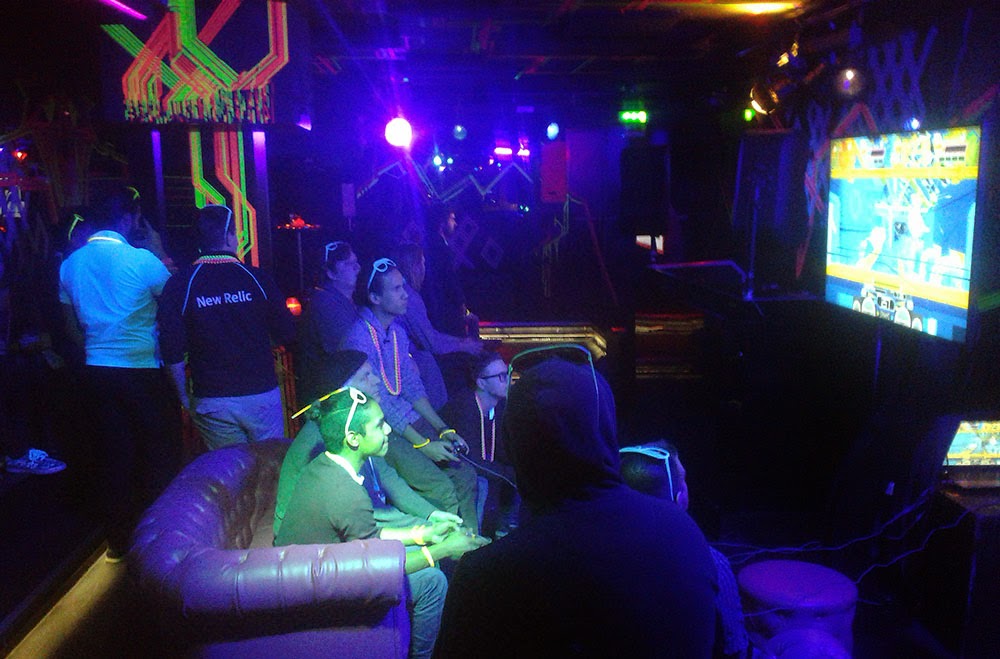 The organizers were extremely generous, not only providing us with this opportunity to attend but also taking care of us indies, very well. Throughout the whole three days. We were constantly catered with meals and drinks in the daytime and in the evenings we were invited to some all-inclusive first class clubbing. These evenings are very much part of the networking process, so we made sure not to miss any of these parties. 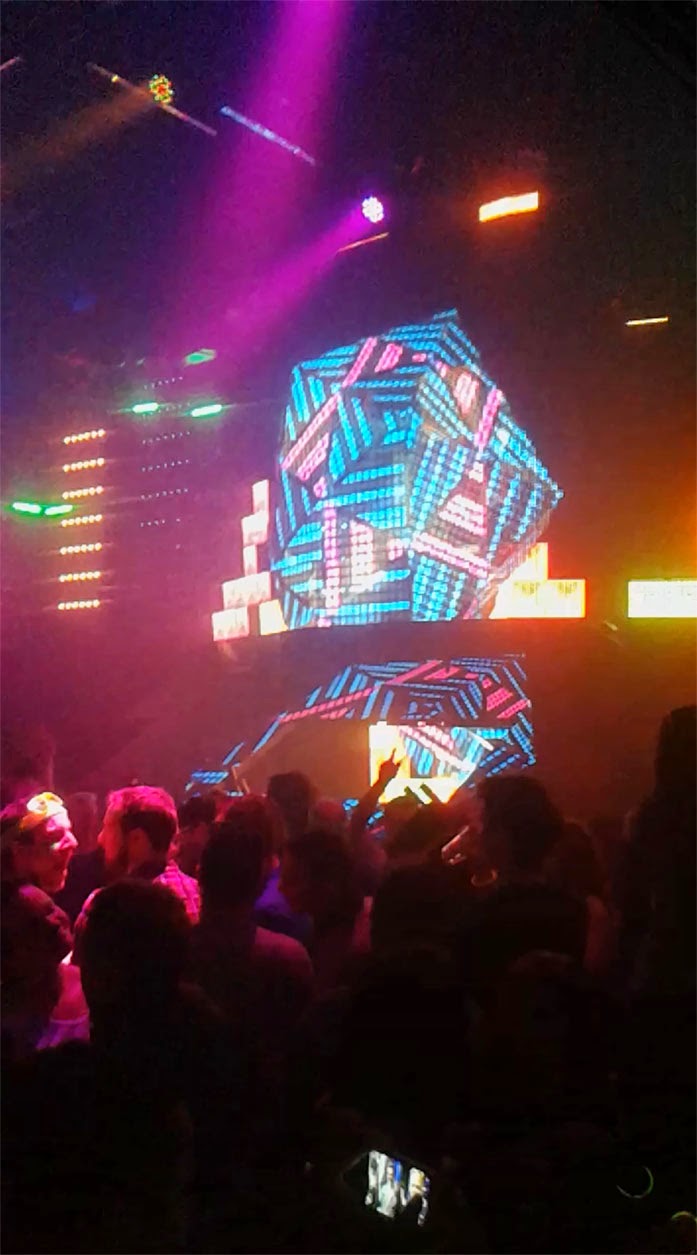 The Casual Connect naturally ended with the price ceremony where games were nominated and winning in many different categories like, audio, narrative, graphics, game feel, etc. Despite of seriously drawing the attention of some of the judges and so many others, who have got to play our game, we were not nominated. Seeing all those ready-made and polished, awesome games, I was not that surprised that our game, which was at around 30 % in the development, was not able to compete just yet. We were very happy to show what we currently had, gain and receive all those new experiences and advices, make great contacts and we are already excited to return next year, with our perfected and complete game to kick some serious casual ass! 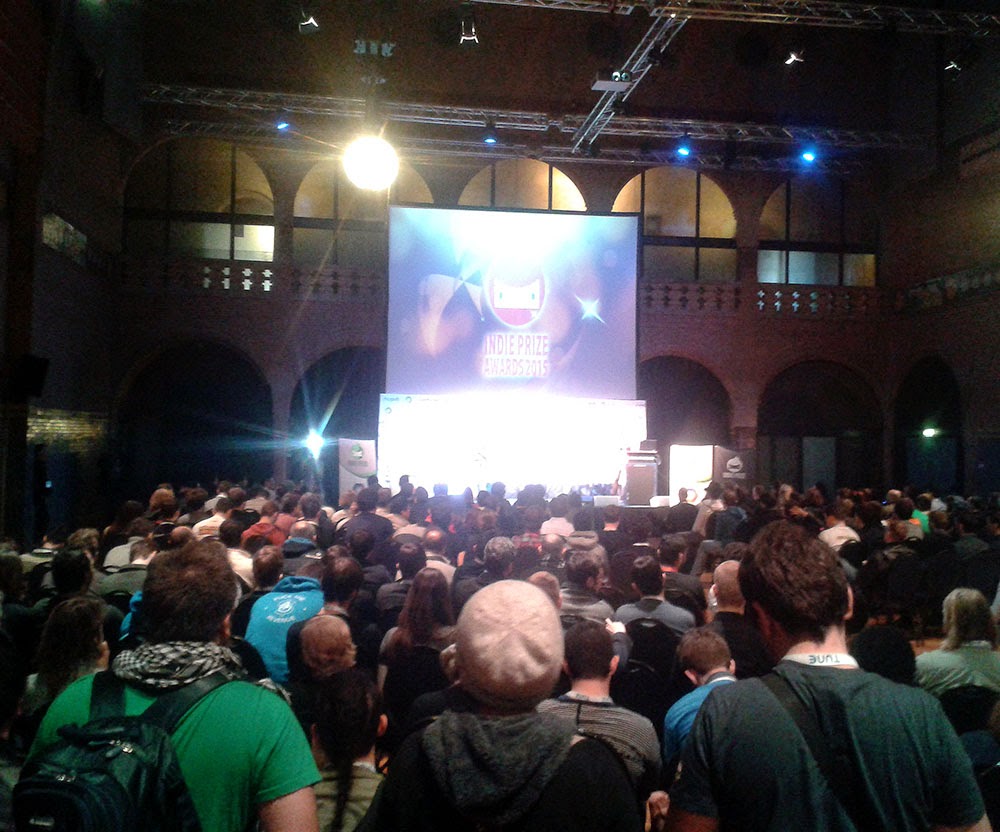 Our team is currently developing at Protomo and we like to welcome anyone who is interested in us, in the development or just would like to talk with us for a cup of coffee. Our game, Stardust Galaxy Warriors is on Steam Greenlight at the moment, waiting for some more votes and comments. We need all the support and personal feedback from you, so please, vote for us and come, see us!