The last day of FGJ 2012. All the time left was about finishing the game in time and prepare them for the judges. It didn’t take too long that the time finally ran out and the games were uploaded to the GGJ web page.

Story and pics: Heidi Mäenpää
On Thursday afternoon the first ever Demola Graduation Event began. In the event the Demola project teams pitched the ideas they had been developing since last autumn. The teams consisted of students from all of the three universities of Tampere: TAMK, TUT and UTA.


The second day showed that the jammers should get some sleep during the weekend. At least a little bit. There was no real hurry at this time yet. All the programmers’ problems and graphical dificulties look a lot better when you take at least a couple of hours of good sleep in the back of New Factory area, Protomo. It was silent in the night for a few hours that people could sleep on mattresses and sofas.

Friday, 27th January
Story and photos: Emma Kiiski
This is it. It’s starting. The largest global game developing event. This year we expected even 10,000 jammers to create games in 48 hours. It's a huge number of people! About 44 countries all over the world at the same time. Already in Tampere site, there were at least 60 jammers in the New Factory premises, ready to create the best games and have incredibly much fun over the weekend! Finnish Game Jam for the win!

Game Schools in Tampere and Around the World

Story by Johanna Lievemaa
A whole new course complex on games is starting at TAMK. I was thinking of game studies here and elsewhere.

Here is an interesting link I just came across: http://www.scientificamerican.com/article.cfm?id=the-power-of-introverts

What do you think of this?

Story by Sabrina Seidl
A punch of international students joined the intensive course Visual styles by Christ Hales to learn more about the way of shooting a video and its post production.
The course was a mixture of theory about visual styles, the basics of films and film production but also practical exercises where we had to present different visual styles and produce a video, using different styles and editing it in post production.
The group split up in several smaller groups and decided a theme for the movie they were going to produce. The timeline was quite tight, the equipment and the ideas were interesting even if vague in some cases, but the outcome of all of them was fantastic.
One project was about creating a music video, another one made the topic about post production to its main theme. A third group was experimenting with HDR, some were taking snow and liquids as their main theme, also a pinhole camera has been produced for one of the movie and more.

Here a short introduction of some of the movies produced during the workshop:

Story and photos: Emma Kiiski.
Since the Finnish Game Jam (FGJ) http://finnishgamejam2012.com/ and the Global Game Jam (GGJ) http://globalgamejam.org/ are held from the 27th to 29th of January (this week’s Friday) in over 40 countries around the world, we in Tampere decided to arrange a pre-event in the New Factory a week before the actual jam. The event was organized by three active Score members and we provided the event with some snacks for everyone. This was the first time we ever had an event like this before the FGJ. The meaning was basically to hang around, meet new and already familiar people and to hear about some things like Score, ManseGames and Highscore. The whole event was streamed to the internet and could be viewed the whole evening. Some people have been following our talks all the night!

A Practical Use Of My Education? 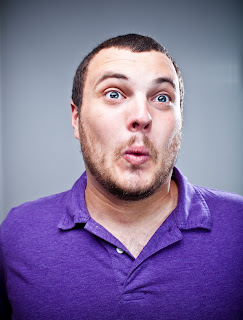 Since August of 2011 I have been studying in the beautiful TAMK Finlayson campus, where I have met many wonderful people, seen many intersting sights, and learned many useful things.While I am sure that this is true of most students in their first year, here is the exception: I have already been able to apply these things that I am learning in a USEFUL and PRACTICAL way to my own personal endeavors outside of the classroom.

Apply within three weeks to study Media in Tampere!

The joint application for degree programmes run in English of Finnish universities of applied sciences  will be open until February 14th 16:15 Finnish time.
﻿

The experimental film 'Sing to Me' directed by Katti E. Hellman is now online on Vimeo. This Kino TAMK production is a fruit of the cooperation between students of degree programmes in Fine Arts and Film & Television.

Sing to Me from Katti Hellman on Vimeo.

Story and photos: Erika Kim
We had a Video Technique and Expression workshop from Jan 9 – 15, 2012. It was an intensive course between Christmas break and spring semester. So we all met at Finlayson Campus (TTVO) café 10:30am on Monday. The lecturer was Ville Salminen from Obscure Entertainment. 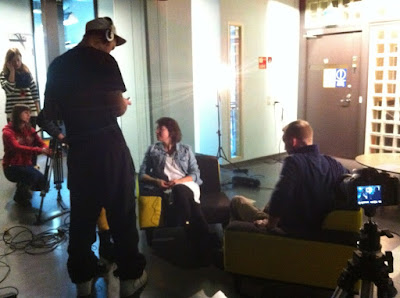 Quite an international year again it was - 33 countries at Artmedia!

One of the central goals of the school of art and media has always been to offer a truly international environment for our students and staff. Lately we have succeeded in this; in 2011 the people learning and sharing their insight in our class rooms and workshops came from 33 countries.

Story: Eeva-Kaisa Ahlamo
When abroad, it’s very typical to encounter parts of one’s own culture in surprising situations. For the Finnish people, it’s often a glimpse of a Marimekko design somewhere or discussions about Nokia cell phones with foreign people. Sometimes, though, the encounter is so intense that it really forces you to see familiar things through someone else’s eyes.

Story: Mikael Kinanen
It's always nice working with people you have never even heard of before. Quite a bit doesn't go as planned, but fortunately it brings distance to what you have got used to in your little circle of acquaintances. With the technology at our very fingertips any problems of physical space and state borders can be dealt away with easily.

Application began today - Where do our Media students land?

Other early digital media events and competitions have faded away, but MindTrek is still alive and kicking. MindTrek has not got into a rut but regenerated many times.