New blog under the TUNI server from May 2019 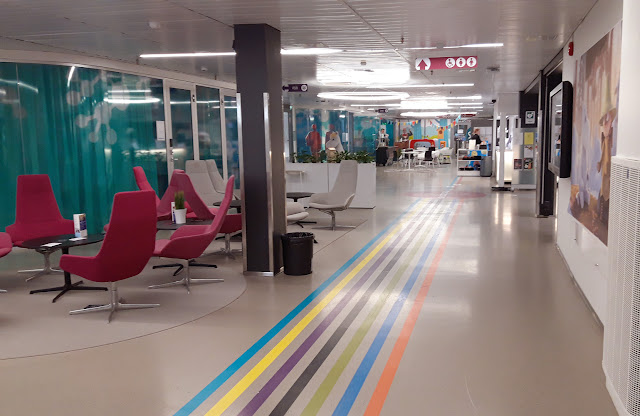 Since May 2019, the TAMK Art and Media blog has moved to a new place under the Tampere University (TUNI) server. https://blogs.tuni.fi/tamkmediapolis/

Welcome to our new site to see what is happening at our campus!
Posted by CF Comments Tamk Mediapolis

It is a good time to apply to the Media & Arts BA at our @TAMK_UAS.

Remember that for #EU residents, the studies are free!

When the day of our departure dawned, we hopped onto a train to Helsinki to catch our flight. Freezing winds from Siberia had blown to Central Europe and the Germans were struggling with the concept of winter. We regrouped at the airport security check and hurried to our gate, only to find out our flight had been delayed almost 3 hours. A little discouraged we fell into our surprisingly comfortable airport seats and waited for more information. Lufthansa kindly gave us vouchers for snack food, which we exploited. 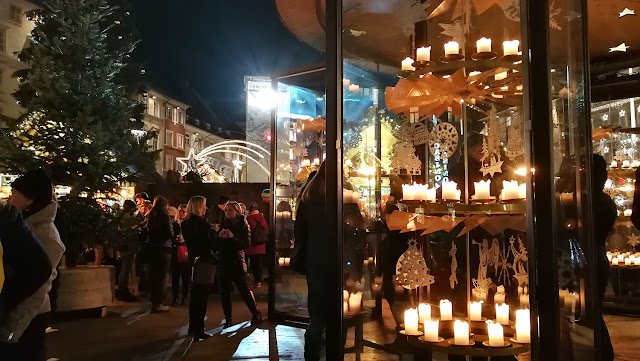 Eventually we were able to board and fly to Munich for our connecting flight (which was also delayed, yay!). At around 8 o’clock local time we arrived to Graz, Austria and headed with a fast commuter train to our Airbnb apartment in the city centre. Our first impression of the town in the dark was the amount of Christmas lights everywhere. We were ready and excited to explore this UNESCO’s City of Design since 2011. 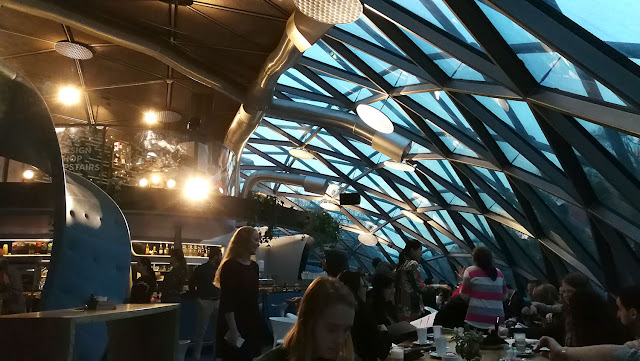 In the morning we headed out to visit one of the smaller campuses of FH JOANNEUM, a university of applied sciences. The campus we visited housed design departments which included areas like communication, media, sound and interaction design.

One of the most impressive moments for us was definitely hearing about the students’ thesis works. In addition to the academical research and work, the students are able to design their written thesis into personalised books. The idea behind this is that the students are able to show the book as part of their portfolio to an employer, which is then able to stand out immediately from the masses of strictly university-themed academic texts. The content still has to be academic text, just the design and the layout are free to personalize. We were thrilled and very inspired, which was a great mood to start the day with. 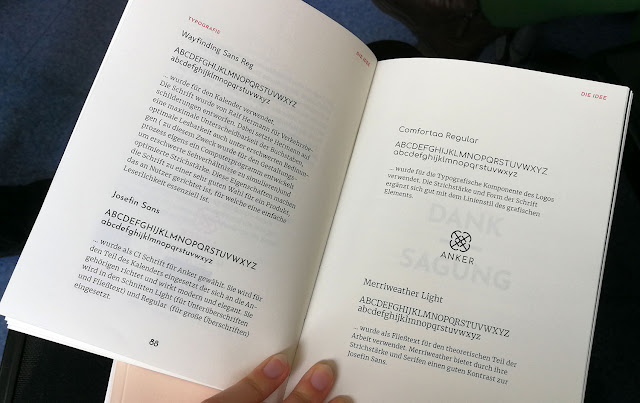 In the afternoon we went on to register for the EYA, which was also our first touch with the event itself. In short, EYA stands for European Youth Award, which is a European-wide contest to motivate young people to produce digital solutions projects that will have an impact on society. The winners are announced annually in a 3-day festival consisting of workshops and other activities and finally, an award ceremony.

The EYA opening ceremony was held in the City Hall of Graz. It was a weird feeling to sit in this huge senate chamber full of young people like us. We got to hear some opening talks and introductions by for example the City Councillor of Graz, Anna Hopper. Afterwards it was time for some Styrian food & beverages while meeting up with the other team members and socialising with the festival attendees. Our sauna hat team outfit to represent Finland was greatly beloved! 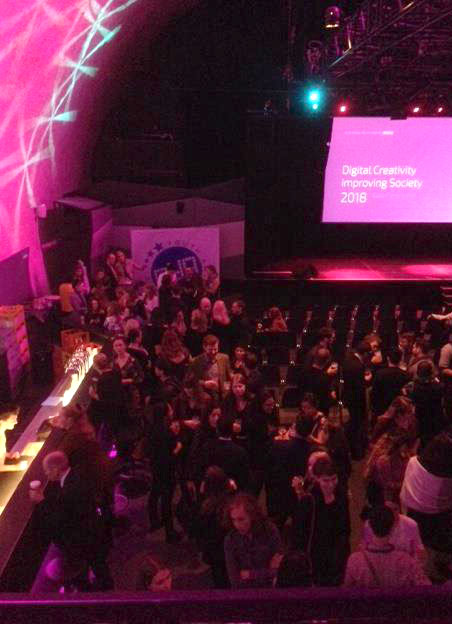 On the first day of EYA we had a morning session, which included an opening speech, as well as an EYA campfire. In the campfire, chairs had been put in circles in a room, and in each circle there was a former EYA winner or some other professional that spoke about their work experiences. We made six circle switches during one hour.

After the campfire, we had to choose a workshop we wanted to attend in the afternoon. We chose to attend the workshop number 2: “Successful Concept Development and Beyond”.

Chris Bauer was our lecturer and he talked about different concepts he had made during his career, such as a big soccer ball for the 2006 FIFA World Cup. People could walk inside the soccer ball and interact with screens inside it during the world cup, which was very interesting. The big soccer ball was also displayed in different cities the year after the World Cup. Chris also showed some other concepts and we were able to read about concepts from books he had with him.

One surprising and fun thing during the event was that the EYA organisers handed out free bamboo cups for all of the participants! The fact that all the participants reduced plastic waste together was nice. 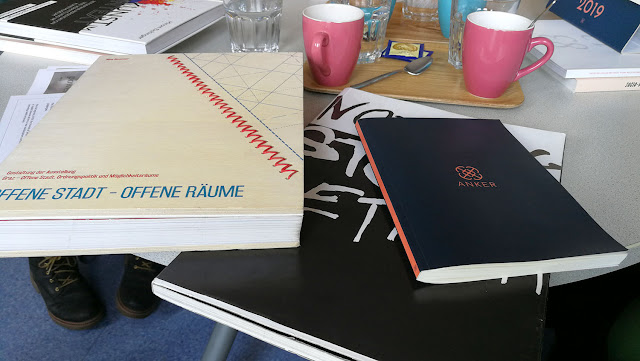 Day 4: The project exhibitions and the award gala

The second day of EYA, exhibitions. Finally we got to present what we had worked on for a month. Our precious posters meant for promoting and evaluating our chosen projects. We worked with international teams - there were students from all over Europe, so the whole EYA student evaluating process taught us a lot about other cultures and ways of working (some things good and some not so much). 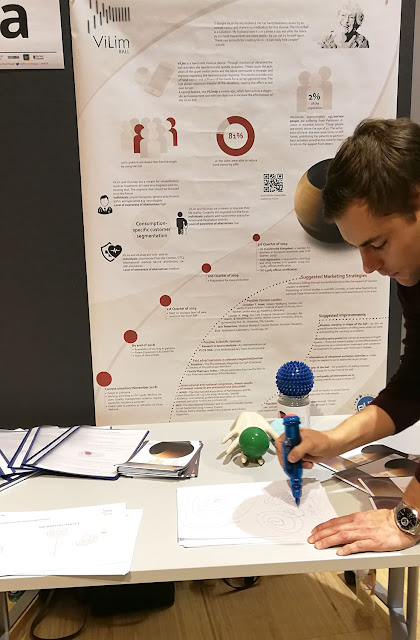 We got to practice pitching in a not too serious environment, which was nice. After the exhibition we had some time to freshen up before the end gala. The gala was held inside a huge rock in the middle of the city, which sounds creepy, but was actually very pretty.

The winners of EYA were announced and all projects got a prize (a HUGE “diamond” - fancy). The winner project was Food+x, a blockchain powered platform built onto existing businesses to reduce food waste.

Some student evaluating groups also got a small prize for quality work from a jury. Sadly we didn’t, but the appreciation from the winner project teams was more than enough. Overall we had a great time at the gala - there were snacks, good music and even a beatbox performance! Would definitely love to attend again. 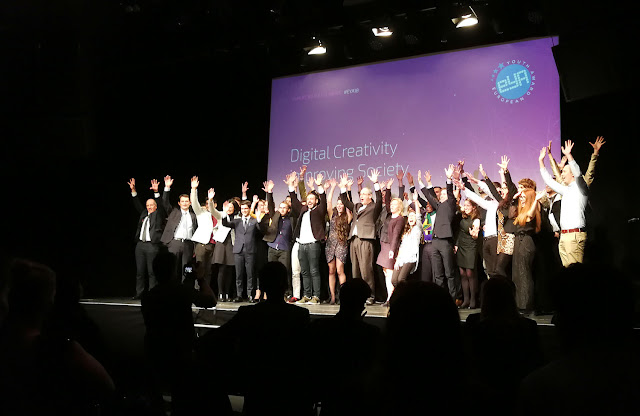 Day 5: The last day of EYA and flying back home

After the long night of partying and networking we woke up to attend the feedback session for the whole event. With that it was a wrap! Our minds full of reflective thoughts, we packed our bags and headed back to the airport, said goodbye to the beautiful city. What a great opportunity it was to see and experience everything!

To our delight, the flights were not delayed and we were able to stay in our travel schedule. Arriving back to Finland just before midnight, we jumped straight into beds to sleep all the fatigue off.

What a trip! We were left feeling Christmas spirit and inspiration. Maybe some of us might return here for our exchange studies in the future. 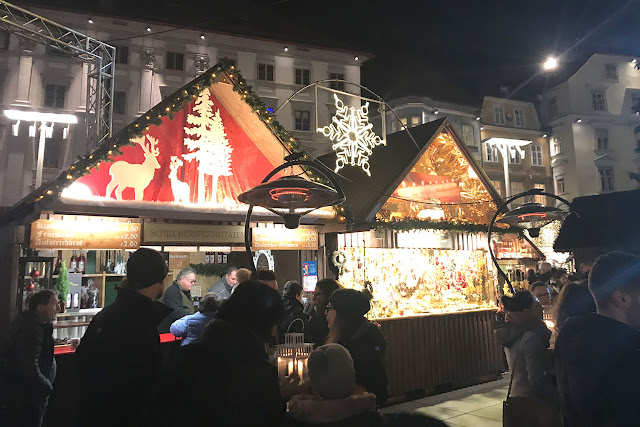 
The 29th Music and Media in Tampere in October, from Thursday 4th to Friday 5th, was a huge international event with more than 650 participants from Finland and abroad. Finest Sounds was an essential partner in the event, inviting Japanese delegation of music professionals and festival organizors and organizing three panel discussions with themes like Japan listens!, Sub-Publishing in Japan and Branded Japan.
http://finestsounds.eu/news/finest-sounds-at-music-and-media-finland-seminar-this-week

During Music & Media days all teams had the opportunity to meet managers or people from music companies of the musicians or bands. Team Tallinn even enjoyed the concert of PK Keränen & Valtteri Pöyhönen. 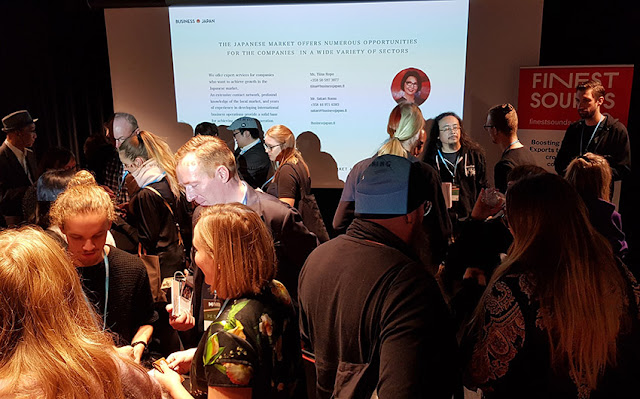